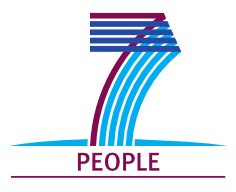 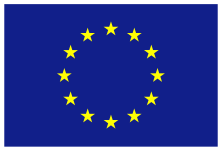 National Tsing Hua University is a research university with a long and proud tradition.Since the re-establishment in Hsinchu in 1956, the university has been known for her excellenct academic programs as well as her spacious verdant campus. NTHU initially began in Taiwan with nuclear sciences studies, and gradually expanded to include general sciences and engineering; in the past twenty years, the social sciences and humanities, life sciences, information sciences, and management sciences were added. Over the last fifty-five years, NTHU has transformed herself into a comprehensive university and is recognized in all disciplines. There are thirteen Academia Sinica Academicians on the faculty, and sixteen professors awarded with various National Chair Professorships. Fifty thousand alumni, including Nobel Laureate Yuan Tseh Lee and twelve Academicians. They had become leaders of the society by excelling in their respective fields.

The university development, with active participations from all staff members, has been built on a transparent and progressive platform, and the campus life is visibly permeated with vitality and enthusiasm, with the seven colleges complementing each others in scholastic endeavors. According to the 2010 World University Ranking released by The Times Higher Education (THE), NTHU is ranked as 107th in the world and the top on the list of other universities in Taiwan. The per-student funding from the Ministry of Education’s “Toward World-Class Universities Project” surpasses all other universities in Taiwan.

Following the motto of “To Oneself Be True; Give Nature Its Due,” NTHU makes sure all “Tsing Hua Persons” imbued with education in all five areas: ethics, knowledge, sports, team-work, and arts. This is implemented through a set of general education curriculum and a system of tutorships. There are other innovated plans in education, namely, multi-facet, interdisciplinary general education curricula, freshmen’s deferred-major policy, double-major programs, the “Thousand Points of Light” project, international volunteers’ exchanges, and the “Tsing-Hua College” live-and-learn program. The school spares no effort in cultivating our future leaders into independent thinkers, team players, and resilient world affair participants.